Six things to do in Cedar Key, a charming, historic, off-the-beaten path spot

Lots of things to do in Cedar Key, all in a historic setting

You won’t be stopping at Cedar Key on your way to someplace else. The closest cities, Ocala and Gainesville, and the main route, I-75, are 60 miles away.

And that’s exactly why it’s worth a drive to visit Cedar Key.

It’s located on an island that is perfect for exploring by bicycle and a nearby island makes a great kayaking destination. The town is full of art and artists and has several good seafood restaurants.

Known for the vast beaches of the big cities, Florida also has many small charming towns that offer a more secluded getaway with every comfort, still being an option. Less-touched by human hands, nature thrives there, while the atmospheric centers with winding streets lead one to the beaches for the laid-back lifestyle everyone is worthy of experiencing.
Read Article

How To Spend Two Days In Charming Cedar Key, Florida 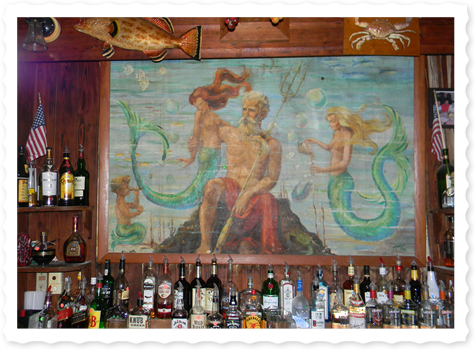 Time doesn’t slow down in Cedar Key. It actually seems to go backwards. The local joke here is that it takes two hours to watch 60 Minutes. I’ve visited Cedar Key a number of times, going back over 20 years. Not much changes here… 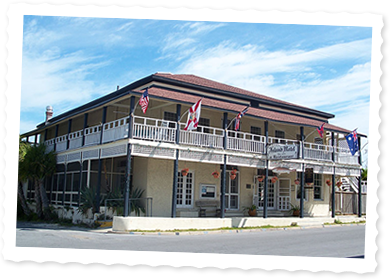 By Patricia Letakis, Published in Orlando, The City’s Magazine

Fascinating is the 160-year-old Island Hotel with its second-story wraparound porch. In the lobby, a stuffed manatee appears to be playing the piano; a creaky staircase leads to rooms boasting four-poster beds with patchwork quilts and antique brass doorknobs….

Where Guests and Ghosts Mingle 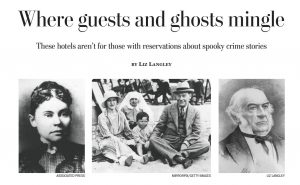 The Island Hotel & Restaurant, Cedar Key, Fla. I have many happy memories of Cedar Key, a tranquil town on Florida’s north Gulf Coast, so ghosts provide even more incentive to visit the Island Hotel & Restaurant there. Built in 1859, the Colonial-style hotel, which is on the National Register of Historic Places, is an ideal place to unplug from the world. While giving a tour of the 10-room lodging, Andy Bair, who owns the hotel with his wife, Stanley, opens Room 29 and says in a deep, almost Sam Elliott voice, “Some people call this a portal to the other side.”

Tucked away on the Gulf Coast lies a little archipelago that’s rich with Old Florida culture, unspoiled islands, and more clams than you’ll know what to do with.

“Whatever you do, please,” my fishing guide is telling me as we cast for speckled trout in the vivid Florida sunshine, “just don’t go calling Cedar Key ‘the place that time forgot.'”

It’s writerly advice, for this story, and I’ll abide by it. But the fact that he feels compelled to issue it says a lot about Cedar Key—a smidge of a town (population 700) on that woolly stretch of Gulf Coast between Tampa and Apalachicola known as the Big Bend. Time did not forget little Cedar Key, of course; the clocks still run. But real-estate developers have, for the most part, which is why the place feels like such a throwback: a glorious speck of Old Florida with all its salt-crusted beauty and fishing-village funk still intact.

“The Island Hotel is a throwback,” Buffett says. “It’s a small old hotel—the kind of place where they couldn’t really care less whether you come, as opposed to those overmarketed tourism spots.” Once you find your way to the forties-era inn in Cedar Key, though, you’ll get the full friends-and-family treatment. Inside the hotel’s snug cypress-and-cedar-paneled Neptune Lounge—a mural of the Roman god hangs behind the bar—the beer is cheap, the sunbaked regulars are friendly, and there’s Old Florida charm to spare.

ONLY IN CEDAR KEY AND ONLY AT THE ISLAND HOTEL…

if you love cedar key, boats, and music, this article is for you…

The Princess and the Piano Player 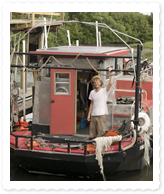 It’s 9:30 in the morning. I’m in the cabin of a once submerged, rather odd-looking houseboat. I’m listening to a pianist playing one of his own compositions. Eyes closed, his head bobs slowly with the tempo.

Located on a small barrier reef off the coastline of Florida, Cedar Key is a quaint fishing village frozen in time. The sandy shores of Cedar Key are unspoiled by nightclubs and large resorts, making them a serene spot for rest and renewal.

A quaint little town right on the Gulf of Mexico — perfect for a weekend of fishing. 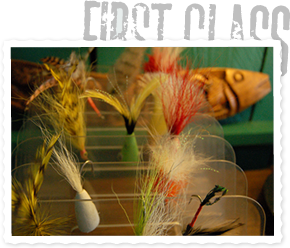 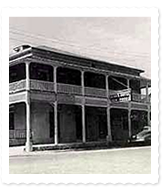 Article and photos by Hal Levine

From historic guesthouses with old Florida charm to luxurious inns and comfy lakeside cabins, the Sunshine State has a host of interesting places to stay

CEDAR KEY, Fla. — The long stretch of shoreline known as the Nature Coast, or Florida’s Big Bend, wasn’t blessed with the sugary white-sand beaches found in many parts of the Sunshine State.

The land here slopes so gently from the marshy mainland into the Gulf of Mexico that large oyster-encrusted mudflats are often exposed at low tide.

Perhaps that also accounts for why the region wasn’t blessed — or cursed? — with the kind of development that covers so much of Florida.

Visitors who appreciate that type of scenery will find Cedar Key to be just as beautiful as its more sandy counterparts — and much quieter and wilder.

About 100 miles north of St. Petersburg, the island is actually far more serene today than it was a century ago, when noisy and noxious cedar mills and broom factories turned the area’s abundant natural resources into consumer products, jobs and private fortunes.

Island Hotel holds a Benefit for Haven Hospice and raises $11,820.00 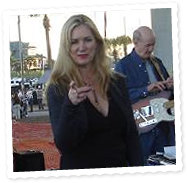 On Saturday, February 9th, the Island Hotel in Cedar Key, Florida held a fundraising event for Haven Hospice. Hotel owners, Stanley and Andy Bair, converted their historic hotel restaurant into a night club, and entertainment was provided by Margo Anderson. Margo performed “Honky-Tonk Angels,” featuring songs by Loretta, Tammy, and Reba, followed by a tribute to Patsy Cline. Her clear, powerful voice and down-home wit and comedy made a memorable evening. The event was a huge success. Together they raised $11,820 which will help support the programs of Haven Hospice.

The Island Hotel is featured in the August 7, 2014 issue of Gainesville Magazine! 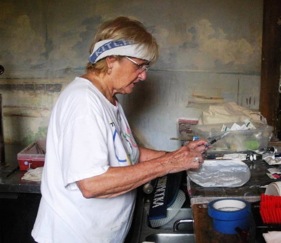 In 1947, Helen Tooker, a free-spirited artist with a gypsy soul, loaded her paints, brushes and four teen-age kids into the back of an old panel truck on Cape Cod, and drove to Florida. Why? Darned if I know. She didn’t have a dime in her pocket or a single friend here, but that was just like my mother. We moved to Largo where my three brothers found work, and my mother and I scoured the countryside looking for painting jobs of any kind. Fate led us to Cedar Key where Bessie and (?) Gibbs had recently taken over the Island Hotel. When we arrived, they were trying to convert a storage area into a barroom. Bessie and my mother hatched a plan. For room, board and some cash, we would stay and work our magic in the bar of the old hotel.

Every inch of available space in the bar had to be used wisely. Helen knew the primary need was to create the illusion of space. We had to make walls move out—or you might say, she had to paint space and air into the cramped, dark room. For compact seating, carpenters built a continuous narrow bench attached to the walls opposite the bar and across the ends of the room. The bench back and seat were covered with red leatherette, a product that could tolerate spills easily. Small tables could be moved along this bench as needed to hold ashtrays and drinks. Masonite panels were attached to the walls above the bench to make a surface for painting murals. One panel was reserved for the centerpiece over the bar where old Father Neptune and his pretty mermaids have now resided for 65 years.

Helen made watercolor sketches of interesting spots around Cedar Key to be incorporated into the design. To enhance the illusion of space, she chose soft pastel colors that disappear in distant horizons. Subtle, elusive blue/grays create the hazy sky and water background for the entire mural, and fluffy clouds hanging in the skies above literally create the air and space the bar needed. At one end of the room she painted the humpback bridge known then as “Hug Me Tight and Kiss Me Quick.” The old fishing pier, built with heavy wooden posts, planks and railroad ties, stretches into the gulf the way it did before the fire destroyed it. So along with space and air, the mural also created time and recorded history.

When the bar was finished, Helen painted the square wooden tables in the dining room, decorating them with maps of local islands. Unfortunately, no tables remain. On the second floor, she painted the walls of the long hall to lighten and brighten the area. For this very large surface she used a single color, a red-brown sepia tone applied with sponges and minimal brushwork.

For herself, she painted several watercolors of local scenes and events. She sold many of these, but her family still has some. I have one she called “Monday Morning Court” where Mr. Raddie Davis, the mayor, is hearing the pleas of young men who had gotten into trouble over the weekend. Several residents at the time are recognizable characters in the painting.

A few years ago, my brother Harry from Merritt Island, and I from St Petersburg, met for a reunion in Cedar Key. The ravages of time, wind and water, to say nothing of the bullet holes in her work, disturbed us. I swear I heard Helen’s ghost nagging, “Clean up this mess! I can’t do everything myself!” I called Andy and Stanley Bair, present owners, and volunteered to do some restoration. They were happy to accept and I’ve been back to work on the paintings several times since. This last weekend I finished what I could do. They looked good, then I heard that voice saying, “It’s about time you did something. I can’t wait forever, you know!” 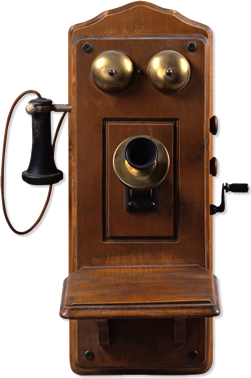 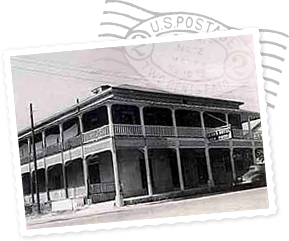